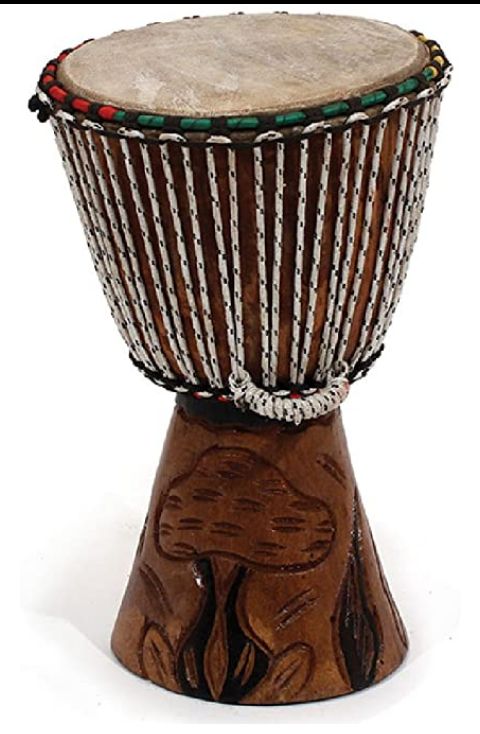 The Djembe drum is one of West Africa’s best known instruments. The goblet-shaped drum is traditionally carved from a single piece of African hardwood and topped with an animal skin as a drumhead. Historically, some say the name Djembe came from the Bamana in Mali, who said, “Anke dje, anke be” to call their people together. “Dje” means gather and “be” means everyone, which translates as “everyone gather together,” which gave the drum its name. Djembe drum is mostly likely about 400-800 years old and was created during the Malian Empire by the Mandé people. The empire spanned the modern-day countries of Senegal, southern Mauritania, Mali, northern Burkina Faso, Guinea Bissau, Guinea, the Ivory Coast and northern Ghana. Many famous African musicians have played the Djembe drum. To play the Djembe drum means to stay true to your history.